SOUTH DAYTONA — Sean Cannon stood at the water’s edge, a controller in hand and his concentration fixed on the RoboBoat in the water.

“I built most of the boat’s electrical systems,” Cannon said. “Since I spent so much time practicing with it in the water, I had the most experience controlling it. I can’t do this during the competition but I’m here to take over if something goes wrong.”

Cannon and his Embry-Riddle Aeronautical University teammates were one of 13 teams from across the world, some coming from as far as Egypt and Indonesia, competing in the 12th annual RoboBoat Competition at Reed Canal Park.

Throughout the year, student teams design autonomous, robotic boats to navigate and race through an aquatic obstacle course. Once the competition starts, teams are not allowed to manually control the boats. The maneuvers demonstrated by the robotic boats mimic tasks that are being developed for coastal surveillance, port security and other types of oceanographic operations, according to a press release.

Janelle Curtis, programs director for RoboNation who sponsors the event, said the competition teaches participants not just about the technology of robotics but also management, budgeting and operations skills.

“Competitions like this are really important for the robotics community,” said Curtis. “We are helping to prepare the next workforce and give them the opportunity to get hands on, real world skills.”

Since Tuesday, the teams have been battling the heat on the edge of the park’s small body of water, perfecting bugs in their software and making sure everything is ready to go for qualifying on Saturday and the final competition on Sunday.

“We’ve corrected about five issues a day,” said ERAU team leader Andrew Wood of the team’s boat. “When you fix one issue you make another.”

Curtis said all the teams have been putting in long hours, coming out to the course at Reed Canal at 8 a.m. each day and continuing testing at ERAU’s swimming pools well into the night to make sure everything is ready to go.

“The level of dedication is pretty high,” Curtis said. “The students are staying up all night coding and just taking cat naps here and there. Even the teams that are new to this experience is a huge accomplishment and they are working just as hard.”

This year, the ERAU team spent the year building their RoboBoat from scratch, something the college team hasn’t done in years. This presented additional challenges for the team during practice since the entire year was spent on building the platform and hull of the RoboBoat and just a few weeks were spent perfecting the software.

Misc.: Water slide, hands-on robotic and 3D printer will be part of community event from 10 a.m. to 2 p.m. Saturday

“We wanted to start over and let new people learn how to build the platform,” Wood said. “Most of our team is freshmen so now that they have the platform they can use the same boat next year and just improve it.”

Cannon, an ERAU freshman studying computer science, is excited about the future of the team’s four-foot-long, 45 pound RoboBoat. The team is comprised of mostly freshman who will take their knowledge with them through the rest of their college career.

“It’s humbling. We started with almost nothing but had some great help along the way to build this really innovative, wonderful platform,” he said. “It was really great to see the progression of just a few ideas to a complete build. I’m looking forward to improving on our achievements and training the next generation of the team.”

On Sunday, the fruit of the team’s labor will come down to just 20 minutes of competition where their RoboBoat will navigate through five different courses in the water.

“We put in so many hours, hundreds of hours, over the past year. We did so much research,” Cannon said. “A whole year of work is coming down to 20 minutes. It’s terrifying and exciting at the same time.” 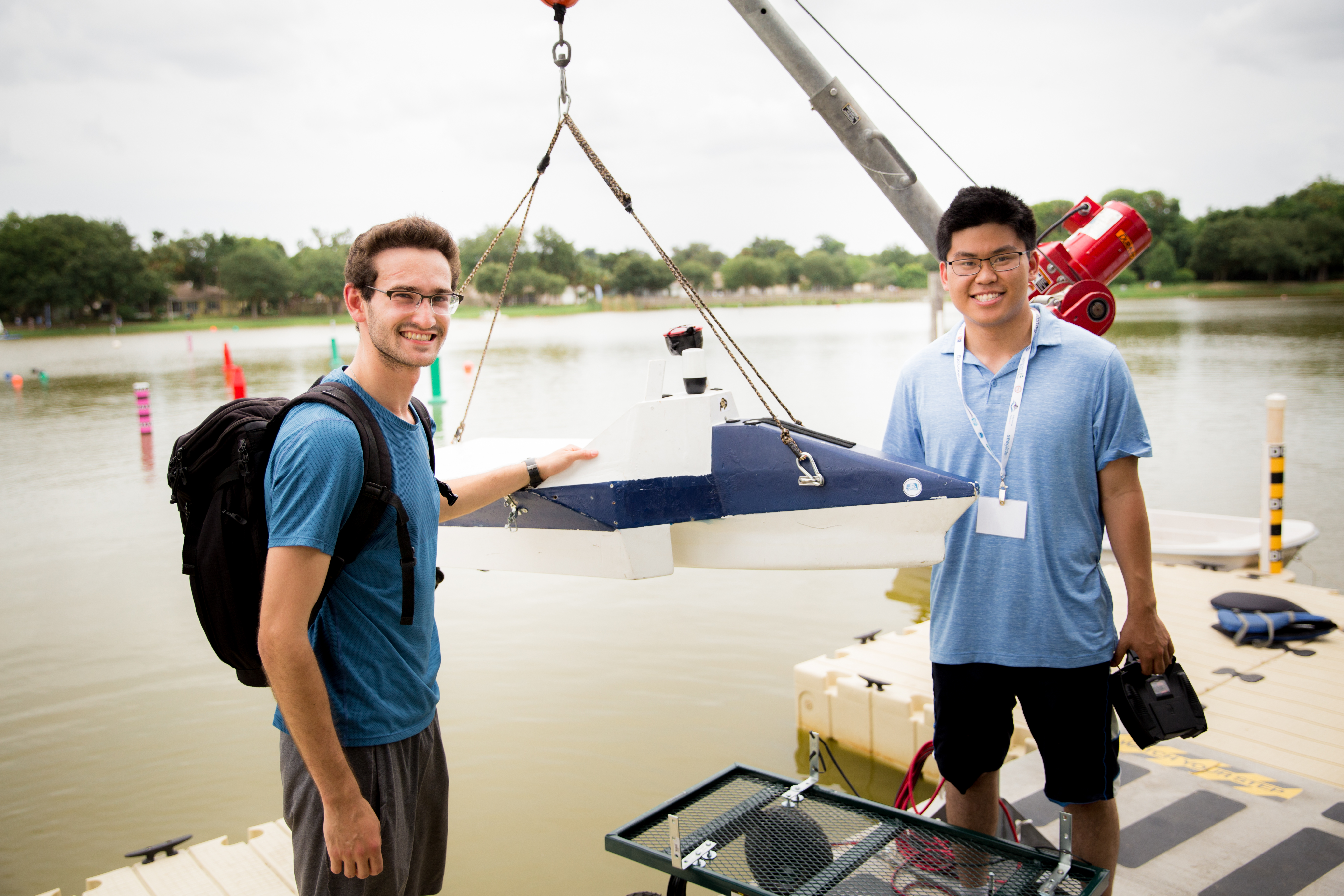 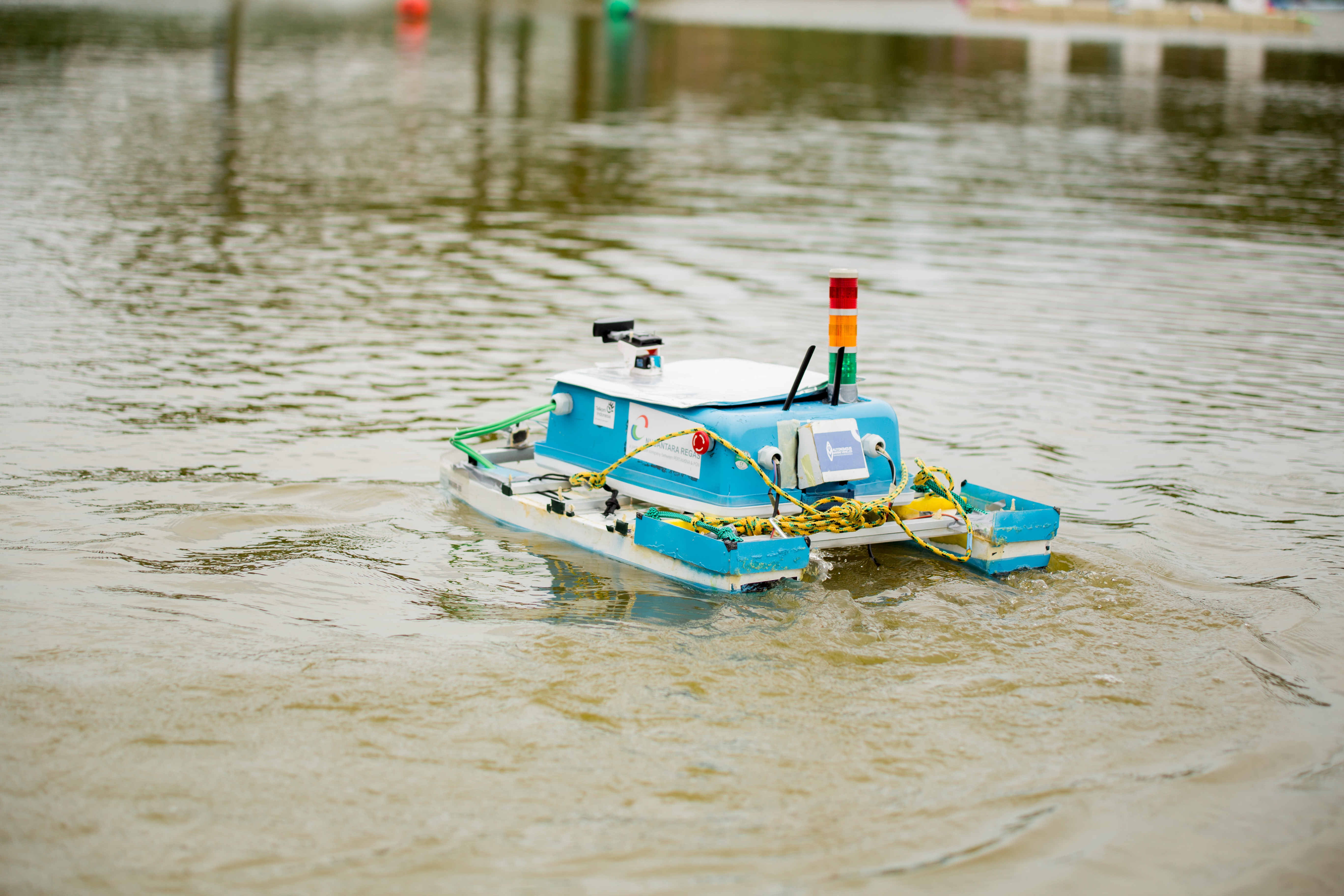